We are happy to announce that LPRC will be taking part in a new project called INCORE. The project aims to boost innovation and entrepreneurial capacity in higher education institutions in Europe’s Outermost Regions by seizing region-specific contextual and business opportunities.

The project will receive funding from the EIT’s HEI Initiative: Innovation Capacity Building for Higher Education. This new initiative of the European Institute of Innovation and Technology (EIT) aims to boost the entrepreneurial and innovation capacity of higher education institutions (HEIs). The involvement of non-HEIs like LPRC is an important part of the initiative, because it allows the higher education sector to better integrate and engage with innovation ecosystems.

As part of this project, we will be working together with the following partners:

Under the EIT’s HEI Initiative, the project will receive funding of € 1,2 Million and will run until December 2021, with the possibility of getting extended for 18 more months.

Stay tuned for more information about this project in the coming months!

ABOUT THE EIT’S HEI INITIATIVE

The EIT’s HEI Initiative is a key objective for the EIT as part of its new strategy, the EIT Strategic Innovation Agenda 2021−2027. The initiative aims to support higher education institutions (HEIs) with expertise and coaching, access to the EIT innovation ecosystem, and funding, enabling them to develop innovation action plans complementing the needs of individual higher education institutions. As part of its Pilot Phase, the initiative has provided funding to 23 projects, with the next call for proposals expected towards the end of 2021.

The European Institute of Innovation and Technology (EIT) strengthens Europe’s ability to innovate by powering solutions to pressing global challenges and by nurturing entrepreneurial talent to create sustainable growth and skilled jobs in Europe. The EIT is an EU body and an integral part of Horizon Europe, the EU Framework Programme for Research and Innovation. The Institute supports dynamic pan-European partnerships, EIT Knowledge and Innovation Communities, among leading companies, research labs and universities.

FUTOR – Fostering Futures Thinking in Europe’s Outermost Regions with the help of Digital Art – is the most recent project awarded to La Palma Research Centre, which is the project coordinator. This ERASMUS+ project is an initiative aimed at adolescent learners from the Outermost Regions of the European Union, in a very unique initiative.

The FUTOR project, which started in May this year, is already implementing its actions and tasks. The main goals of the project are to:

La Palma Research Centre, which represents the Canary Islands (Spain) is joined in FUTOR by Ajiter from Azores (Portugal) and Ici & Ailleurs from La Reunion (France). The project has a duration of 2 years. Learn more on our dedicated page for the project. 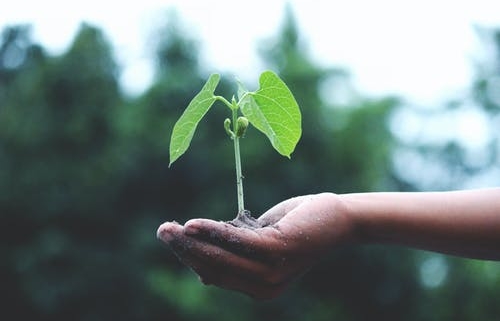 The European Union is faced with a once in a lifetime challenge when it comes to climate change mitigation. Despite widespread commitment to the Paris Agreement and subsequent EU Green Deal Strategy, the decrease in overall GHG emissions is currently not on path to meet ambitious goals by either 2030 or 2050. It is predicted that some sectors will not be able to transfer to net neutral GHG emissions by 2050 (aviation, concrete, agriculture, etc).  As such it is vital for the European Union to invest in solutions to offset the emissions of those sectors which will not be neutral by 2050.

Trees are natural carbon capture and storage options that are widely available and accessible (Indian Infrastructure, 2020). Around half of the dry weight of a tree is sequestrated carbon. For reference, 38 oak trees can absorb the CO2 emissions of an average car for a 100-year period.

In its EU Biodiversity Strategy for 2030, the European Commission stated “that it will propose a dedicated EU Forest Strategy in 2021 in line with our wider biodiversity and climate neutrality ambitions. It will include a roadmap for planting at least 3 billion additional trees in the EU by 2030, in full respect of ecological principles” (COM/2020/380 final). This Forest Strategy is said to be delivered this year.

At a first glance, the EU seems to be highly determined to tackle climate change by investing massively into forests and biodiversity. However, the ambitious plan and its implementation may face three major hurdles: timescale, green washing and monoculture-based forests.

The figures highlighted by the European Commission in 2020 are ambitious to say the least and it is unclear what has been done to meet the goals since then. For reference, planting 3 billion trees in only 10 years is three hundred million a year, or around 800,000 every day. Months after the declaration, when asked about the number of trees planted since May 2020, a spokesperson for the European Commission did not have figures, pointing instead to local counters maintained by some EU regions and member states.

In parallel to the EU Forest Strategy, the European Commission is also working on delivering its green taxonomy rule book that introduces a labelling system for investment that could divert hundreds of billions in funds to industries and companies that win a “sustainable” label for all or part of their activities. With regards to forestry, the rule book draws criticism from environmentalists and scientists alike. According to them, the taxonomy’s forestry criteria are too weak because they classify industrial logging and the burning of trees and crops for energy as ‘sustainable’ investments. This classification was made despite a conclusion drafted by the own European Commission  technical expert group on sustainable Finance (TEF) which recommended not to give a green label to either of these economic activities (technical expert group on sustainable Finance, 2020). This move is likely politically-based rather than science-based according to NGOs. Pascal Canfin (French MEP, Renew Europe) who chairs the European Parliament’s environment committee, confirms’ NGOs’ suspicions: “The NGOs are fundamentally correct: the taxonomy proposals are insufficient in terms of forest protection”. According to him, the taxonomy’s forestry criteria is the result of “colossal” pressure exerted by Sweden and Finland, which rely on biomass for a large share of their energy consumption and have pushed for weaker rules.

There has never been more ambition to plant trees worldwide. For instance, in 2014, 51 countries committed to the Bonn Challenge, a global goal to plant 3.5 km2 of trees, an area slightly larger than India and the 2030 target is likely to be met. However, when digging down into the numbers of these forests 45% of the area pledged by the signing countries is for monoculture plantation which translates to a single species planted over thousands of hectares. Although these can support local economies, plantations are much poorer at storing carbon than are natural forests, which develop with little or no disturbance from humans. The regular harvesting and clearing of plantations releases stored CO2 back into the atmosphere every 10–20 years whereas natural forests that respect local biodiversity continue to sequester carbon for many decades. Furthermore, monoculture such as Eucalyptus only store around 1/40 the CO2 natural forest can capture over the long term. Given the worldwide pledge to carbon neutrality, governments are looking for the carbon neutrality silver bullet.

For instance, Ireland is investing massively in forestry to avoid massive penalties for not complying with EU targets, because the potential CO2 these forests could store in the future are counted as carbon credit today. Although the idea sounds good on paper, the growing forest cover on the island is overwhelmingly a monoculture plantation of conifers. As the goal is to grow these forests as fast as possible, landowners often rely on fertilisers which release large amounts of greenhouse gases into the atmosphere, doing more harm than good. In addition, conifer plantations are tightly packed, let minimum sunlight through and can harm local biodiversity. 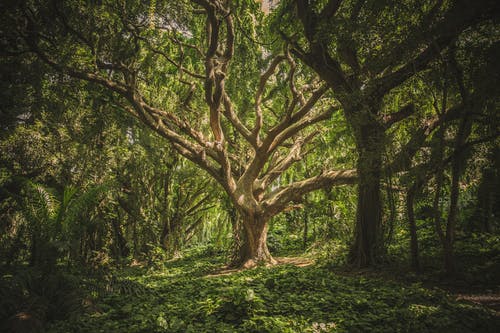 Planting trees is fundamentally a sound way to store large amounts of CO2 in a sustainable and human way. However, monoculture-based plantations to store CO2 are a threat to the very biodiversity international climate goals aim to protect. By logging monoculture forest and then burning the wood, large amounts of greenhouse gases are released in the atmosphere defeating the purpose of carbon capture and storage.

However, solutions exist to truly incorporate forests into carbon neutrality and the preservation of biodiversity: natural forests. Projects such as Green Ethiopia have shown the cascading benefits of turning down the fast-growing monoculture plantation for natural forests. The land is communally owned, and local cooperatives receive benefits for planting trees which prevent them from being harvested. This creates a sense of ownership on the part of the local communities as they strongly participate in planting, managing and conserving the sites, when the crop is strong enough to manage itself, it is left alone so that nature can follow its course.

To keep our temperature increases below 1.5-2°C, we have to get to the roots of the problem — and unfortunately, they run deep. Taking bold action to protect existing forests and reduce current GHG emissions is essential and should receive the same attention as restoration. Renewable energy mix and natural forests have to work hand-in-hand if we want to have a shot at preserving the planet.

This article was written by LPRC’s member Gauthier Quinonez.