You are here: Home1 / Field test

LPRC member Luís Lopes recently participated in the UNEXMIN Consortium workshop in Budapest, on the 24 and 25th of June, where the UNEXMIN partners discussed the current state of the technology, the final steps of the UNEXMIN project and the vision and objectives for the future. Discussion and preparation for the field trials at the Molnár János Cave also took place.

The two days event started with discussion on the navigation and autonomy features of the UX-1 robot. Here the technical teams discussed the state-of-the-art of the UNEXMIN technology and the improvements that they need to see to better manage navigation and the crucial autonomy component. After this session, the team focused on the geoscientific evaluation that will need to arise from the data obtained during the different trials. Providing relevant geoscientific data, that cannot be obtained in any other way is the motto of the UNEXMIN technology – the one item that will prove the technology to be of use. The first day finished with a short discussion on the final UNEXMIN conference and its planning – registration is open and free for everyone: https://www.unexmin.eu/unexmin-final-conference/ 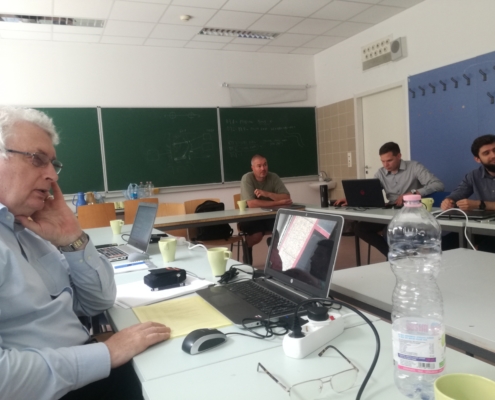 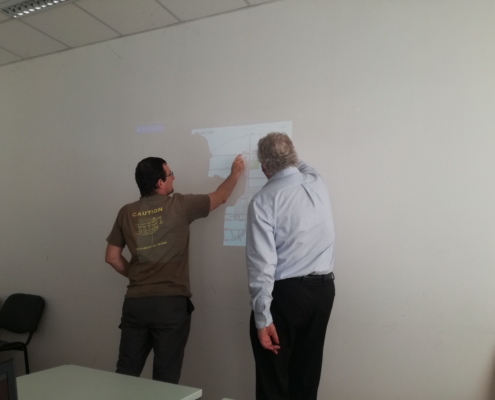 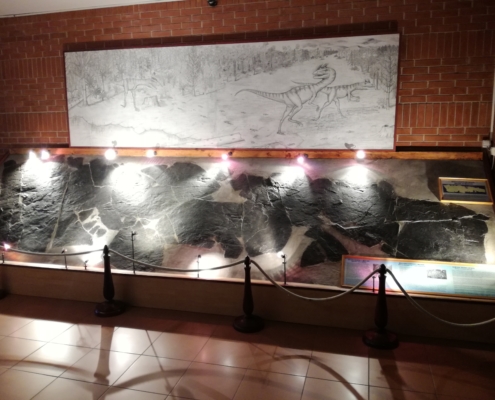 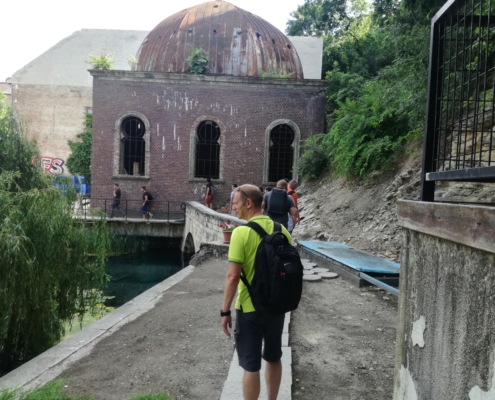 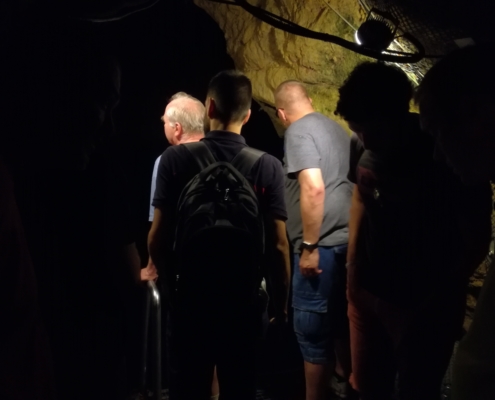 The second day began with a presentation on the remaining project deliverables, and it continued with interactive debate on future possibilities for the innovative solution. In the afternoon the partners travelled to the Molnár János cave, place where the next and final UNEXMIN field trial will take place, and started the preparations of the testing.

LPRC contributed to discussions on the geosientific data evalutation and preparation as well as relevant input for the remaining period of the UNEXMIN project (until 31st of October) and the future applications of the technology in the market. Glad to be active part in this project!

The ¡VAMOS! project is now having its second field trials where the mining technology developed by a team of European researchers and companies is being tested and constantly improved. In Ireland, the ¡VAMOS! project found the perfect place to test its equipment in an open-pit flooded mine, resulting from an abandoned mine site. Together with the Open Day, where the team showed the technology in action to a number of stakeholders, technical and advisory board meetings also happened during the 24 and 25 of October.

On the 23rd of October, the ¡VAMOS! team held a technical meeting reserved to the partners that are involved in developing the many specialised bits that compose the ¡VAMOS! technology: the mining vehicle and the Launch and Recovery Vessel are just a few examples. During this meeting partners discussed the current state of their specific components and of the technology as a whole. Discussions led into a planned line of work that will translate into further improvement of the technology even during the field trials period in Ireland – that should extend for a few more weeks.

Then on the 24th, coupled with presentations on the project, local geology and mining history of Nenagh and Ireland, the ¡VAMOS! team held an Open Day during which around 80 visitors had the chance to see the innovative mining technology in action. Visitors were divided into groups and introduced to see different parts of the technology at a time. This allowed the visitors to have a better look and understanding of the technology. The visitors gave input to the project, both on engagement and exploitation that will surely be helpful to the project. 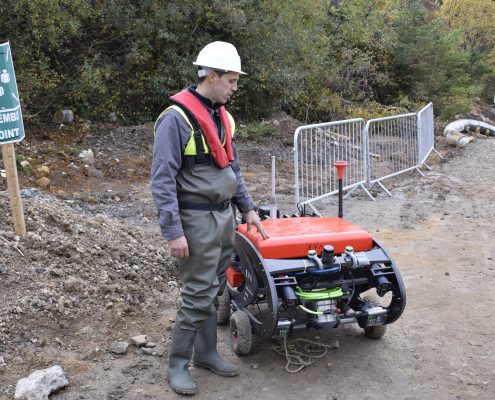 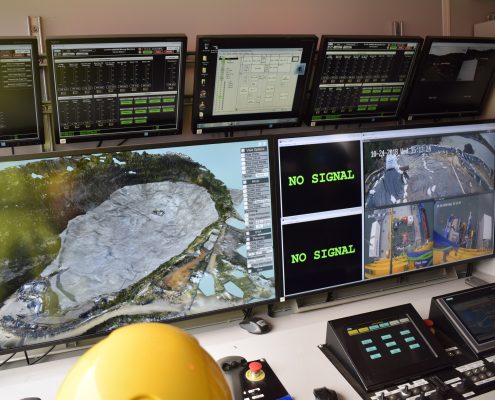 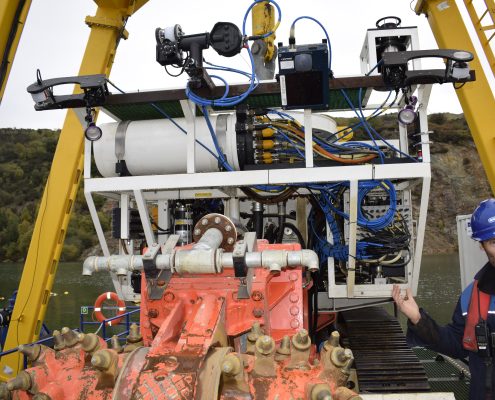 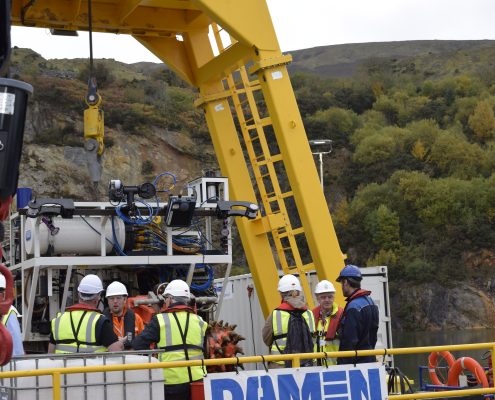 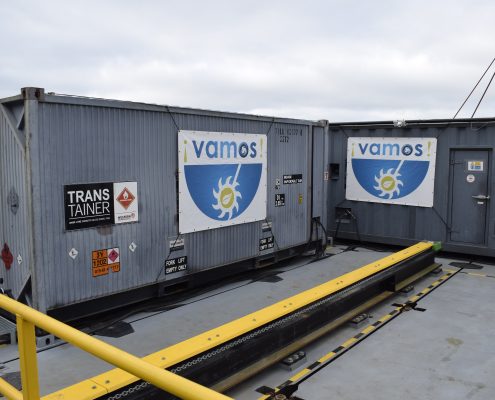 The last day of this period, the 25th, included both an Advisory Board meeting in the morning and an Exploitation Workshop in the afternoon. During the Advisory Board meeting, the ¡VAMOS! line of work was presented to environmental and mining experts with the aim to get their opinions and advice on the development of the technology, what should still be done and how. Fruitful input from the experts was given and it will surely benefit the project development as a whole.

To this, the Exploitation workshop followed. During this, the ¡VAMOS! partners had an intensive discussion on the future of the project and how to capitalise on the project’s innovative mining technology. How, when, what and who, were some of the questions around the future that were posed and answered by the consortium. 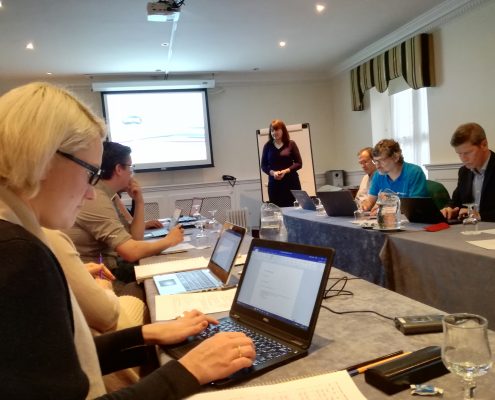 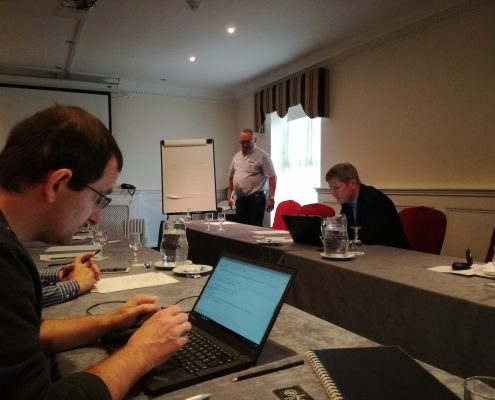 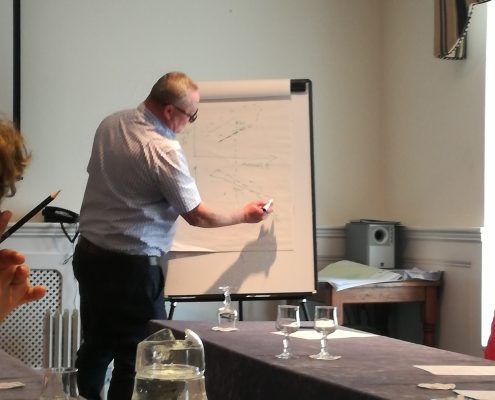 All in all, these few days were very benefitial, not only for the project partners that had interesting discussions as well as received input from expert stakeholders, but also to the visitors – geologists, researchers, locals – that had a unique chance to see the ¡VAMOS! technology in action. Their support to the team is a good tonic for the future that is to come!

On the 24th of October the ¡VAMOS! consortium, Advisory Board members, and interested external parties were invited for a live demonstration of the ¡VAMOS! technology at the Imerys Minerals Ltd. test site in Lee Moor, Devon, UK. The 29 visitors were divided up in small groups and guided around the premises by representatives of project partners SMD Ltd., Damen Dredging Equipment and INESC TEC, who have been working on the various project components. Visitors were provided with PPE and safety instructions before they were taken by boat to the Launch and Recovery Vessel, where they could inspect the Mining Vehicle and witnessed the deployment and recovery of the vehicle. Back on shore, the visitors were given an overview of the functionality of ‘EVA’ – the Exploration VAMOS AUV, an automated underwater vehicle that is being used to assist in precise positioning, navigation and situational awareness of the Mining Vehicle and that can execute preliminary surveys of underwater mine sites. 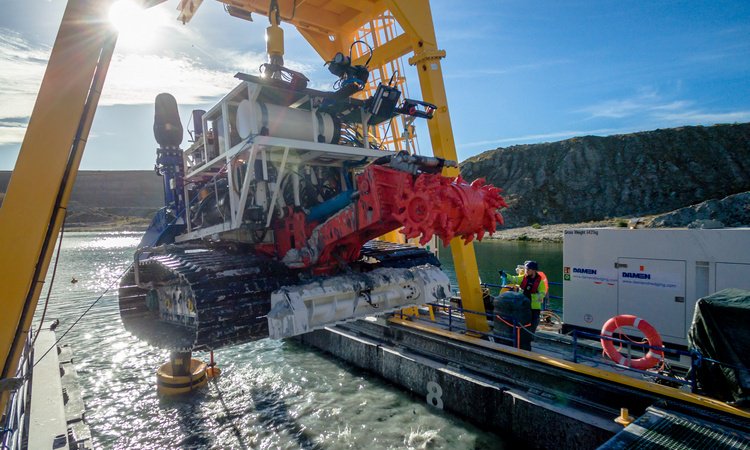 ¡VAMOS! machinery ready for the first test in real life

In the Control Unit and Data Centre, the visitors were shown the impressive virtual reality HMI, where all machinery is controlled and where real-time data on the operations is collected. Real-time data for grade control and mineralogical properties is collected by a LIBS – Laser Induced Breakdown Spectrometer, which was demonstrated and is being perfected for a wide range of commonly mined minerals.

During the day, ¡VAMOS! demonstrated a highly successful integration of different systems to be applied in underwater mining. The project team was optimistic about continuing the testing until the end of the week to advance even further towards the projects targets. 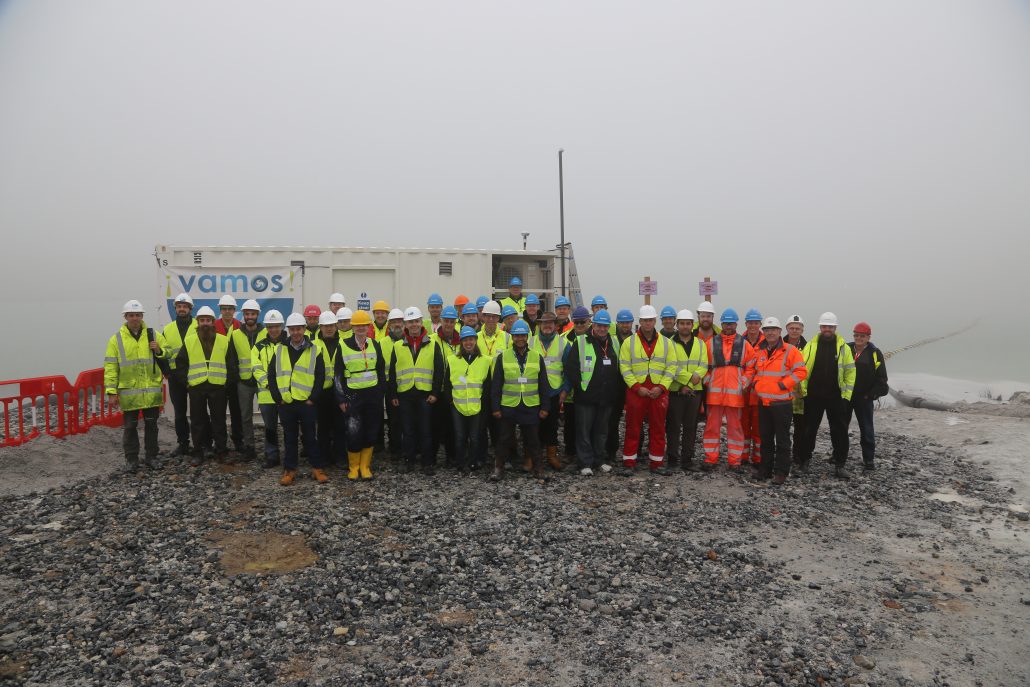 ¡VAMOS! consortium, Advisory Board members and external visitors for the technology demonstration at Devon, UK

This was supported by the Advisory Board: “The consortium should be extremely proud of their efforts. What they have managed to achieve with the ¡VAMOS! System and its integration of new technologies is very impressive”, said Dr. Bramley Murton from UK’s National Oceanography Centre.

On the 31st of October the ¡VAMOS! Project was reviewed by European Commission representatives and an external reviewer. For LPRC, Edine Bakker presented the progress in Work Packages 1 and 6. The reviewers were positive about and impressed by the projects achievements so far and the projects’ management team is optimistic about entering the final stage of the project.

The next test will happen next year in Bosnia and Herzegovina, where the whole ¡VAMOS! technology will be once again tested in real environment!