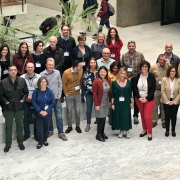 The partners of the AGEO Interreg Atlantic Area project met in Lisbon during the 11th and the 12th of November in the Instituto Técnico de Lisboa, the coordinator of the project, to discuss the development of the AGEO Citizen Observatories and complementary actions.

Entities from the UK, Ireland, France, Lisbon and Spain – representing the European Atlantic region – met to discuss the needs for the creation of a tool to evaluate geohazards risks and the pilots that will engage civil society in the prevention, protection and management of geohazards relevant to the Atlantic Area and the participant countries specific regions.

During the first day a review of the progress of all Work Packages and the state-of-the-art of the five pilots were presented followed by an active group discussion. LPRC presented their Work Package (Communications) state and future plans as well as participating in the presentation of the Canary Islands rock-falls and rock-fall triggers pilot, in which LPRC participates actively.

On the second day, the members of the Advisory Board – an entity formed by experts in the areas covered by AGEO –  attended to the meeting and offered valuable inputs for the best possible functioning of the project. These inputs are gladly received by the project partners and the AGEO consortium will follow them whenever possible.

On Wednesday the 13th, partner LNEG (member of Copernicus Academy) organized a workshop on the use of Copernicus for Geohazards, an essential part of AGEO, as the project has a strong commitment to encourage the regional-level uptake and use of products and services provided by European spatial data infrastructures, such as Copernicus or EGDI. During the workshop, the AGEO pilots were once again presented by the partners and the upcoming El Hierro workshop, organized by partners IGME, ULL and LPRC was officially announced for April 2020. 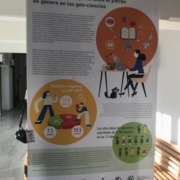 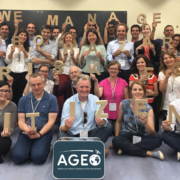 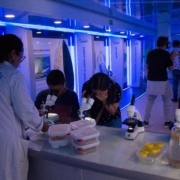 MacaroNight 2019 – Researchers Night of the Macaronesia

LPRC presented at Congress for Social Communication of Science, Burgos

Raw Materials Week, Brussels
Scroll to top
We use cookies on our website to give you the most relevant experience by remembering your preferences and repeat visits. By clicking “Accept All”, you consent to the use of ALL the cookies. However, you may visit "Cookie Settings" to provide a controlled consent.
Cookie SettingsAccept AllReject AllPolicy
Manage consent