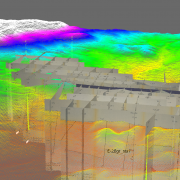 After the two-day general geomodelling training, work began on the modelling of the Recsk Ore Complex. Jean-Jacques Royer and Tamas Miklovicz have since been working on the 3D geological reconstruction of this mineralization using Paradigm’s GoCad software, with the aim of defining a grade and tonnage model and reconstructing 3D geological structures.

The Recsk Copper Ore Deposit is located in the North-East of Hungary, 100 km from Budapest in a structural region called the Dranó Zone. The metallic enrichment was caused by volcanic activity related to diorite intrusion in the Late Eocene and Late Oligocene. The extent of the explored complex reaches depths of 1300 m below the surface, and at depth shows porphyry copper-gold and skarn lead-zinc enrichment, with epithermal gold found close to the surface. Historical exploration programs have recorded data on rock samples, drilling campaigns, chemical analyses, and more; two shafts have been sunk, however commercial exploitation of the deeper regions hasn’t yet occurred. The mine is currently flooded as investors await a higher demand for mineral raw materials.

At LPRC, the work started with data handling, which included the cleaning of the data-set, and its subsequent organisation and standardisation.

Most of the drilling orientations are inclined, and hence true XYZ values had to be calculated from azimuth and dip measurements every 50 m in order to obtain the drill trajectory. After this was completed, the next step was to fit the depth-based chemical measurements to the true XYZ coordinates.

In a parallel task, 34 geological cross-sections were imported into the model, which were then georeferenced using the true XYZ coordinates from the drilling data. With the use of the cross-sections, computation of fence diagrams allowed faults to be identified and digitised, and for the extensive fault system to be reconstructed. The next step was to digitise lithological layers such as the Quaternary and Oligocene sediments, Eocene stratovolcanic layers, and the Palaeogene diorite intrusion. Once this was completed, the digitised lithological layers had to be cut by the fault planes using a tailored GoCad function. After this process was completed, the form of the intrusion was reconstructed.

The next stage in the Recsk Ore Complex agenda will be the definition of a grade and tonnage model, and the fine-tuning of the 3D model. 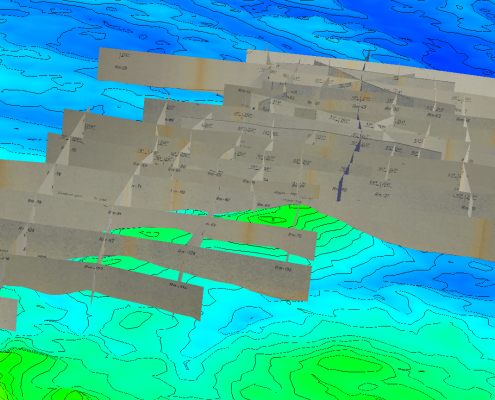 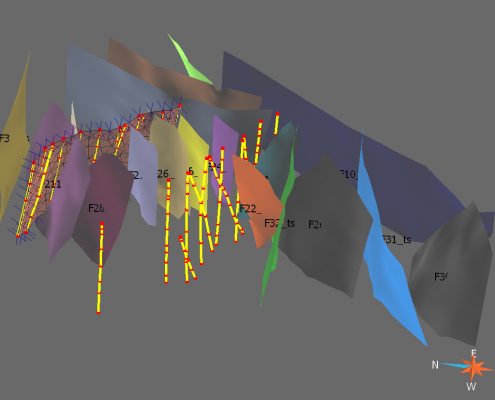 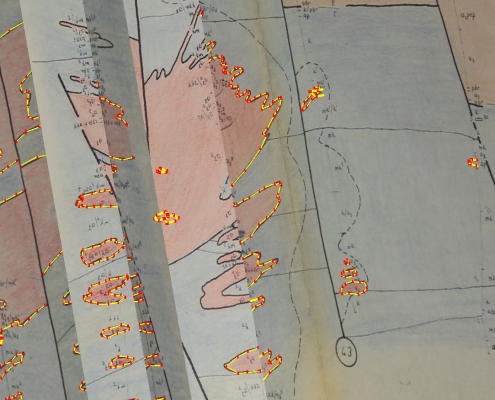 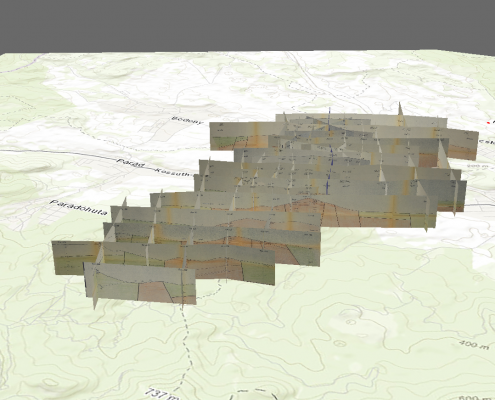 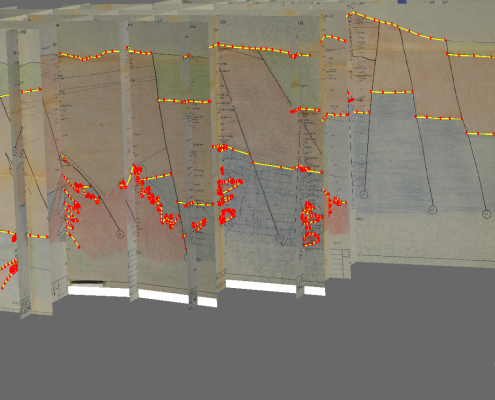 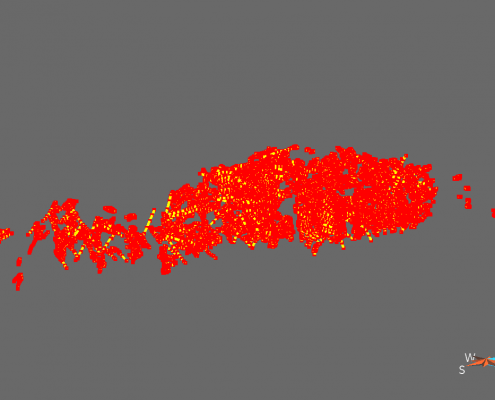 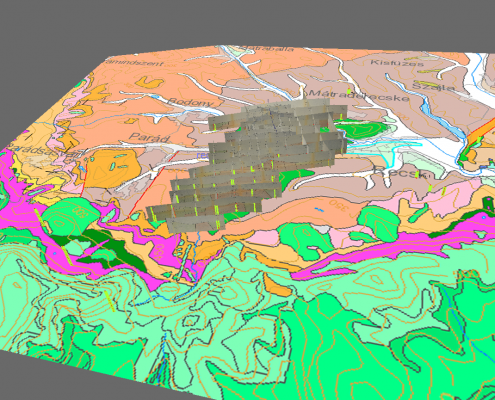 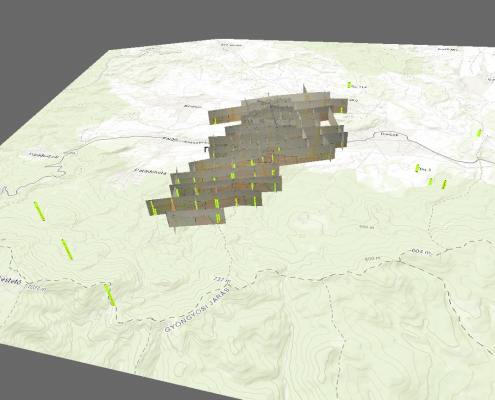 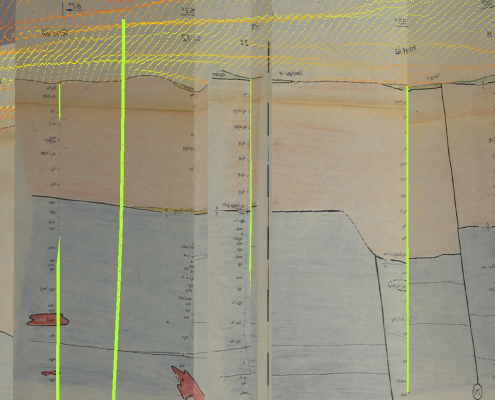 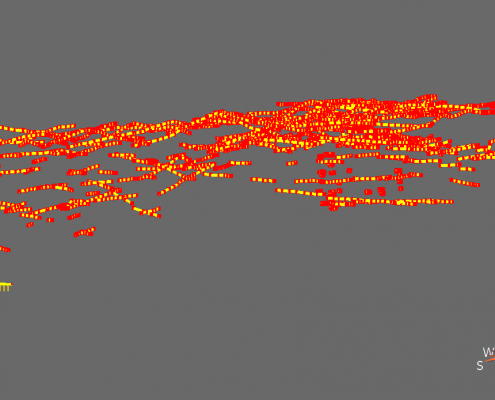 Above: pictures from the Recsk Ore Complex modelling process

Jean Jacques Royer has since travelled to Tampere, Finland for a @UNEXMIN Advisory Board meeting, however the geomodelling work continues here on Isla de La Palma. Coming up next: a predictive 3D structural geological model of La Palma. Check back soon for more details on this intriguing and controversial topic.

UNEXMIN’s Technology Appraisal Workshop
Scroll to top
We use cookies on our website to give you the most relevant experience by remembering your preferences and repeat visits. By clicking “Accept All”, you consent to the use of ALL the cookies. However, you may visit "Cookie Settings" to provide a controlled consent.
Cookie SettingsAccept AllReject AllPolicy
Manage consent